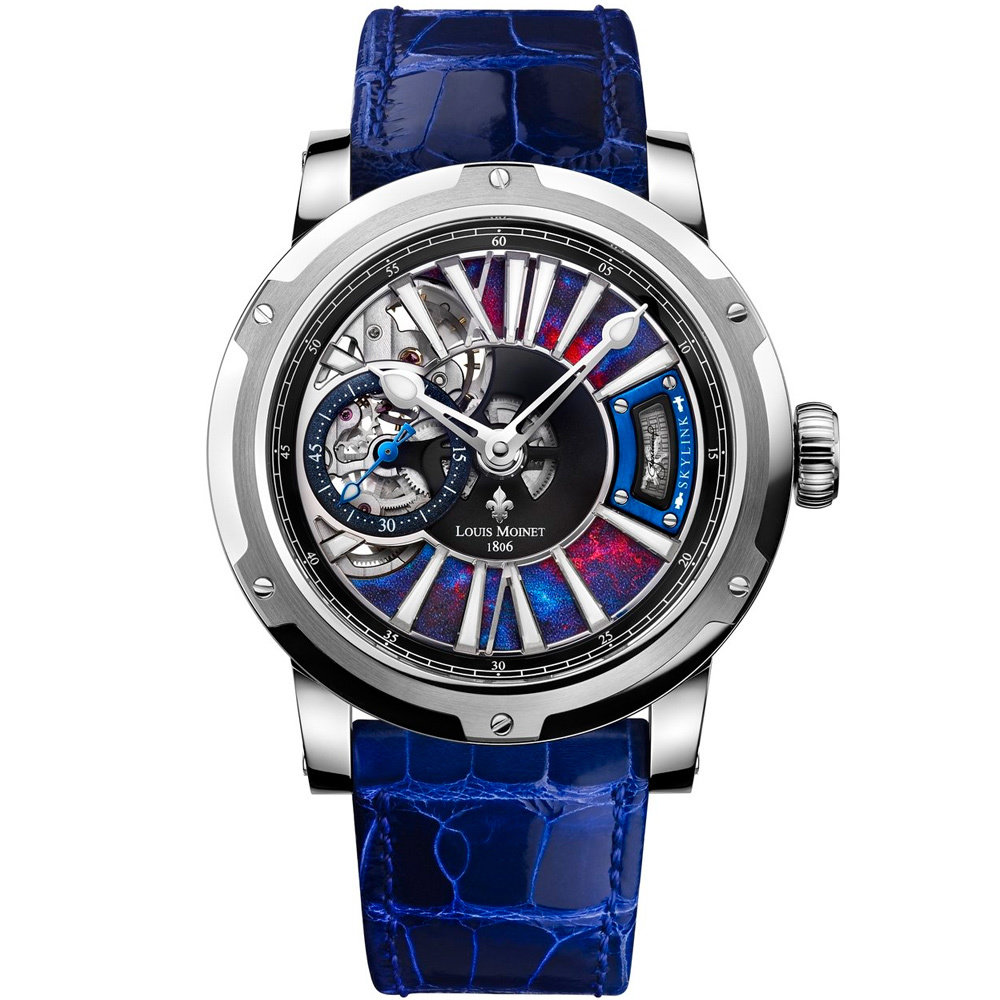 “The space age may well be a technological saga, but above all it’s the story of individuals achieving the impossible, and in doing so accomplishing giant leaps for humankind as a whole. Skylink is our celebration of that spirit, championed of old by watchmaker and astronomer Louis Moinet himself.”

Skylink celebrates the Apollo-Soyuz mission that changed the face of the world
Louis Moinet is now unveiling a creation commemorating the great Russian cosmonaut, Alexey Leonov’s 1975 Apollo-Soyuz adventure – the first joint space mission between the Soviet Union and the United States of America. Soyuz 19 was launched from Baikonur Cosmodrome, and Apollo from Cape Canaveral, Florida, before the two met up for mankind’s first ever rendezvous in space.

The event stands out as an oddity for historians and space buffs alike. Apollo and Soyuz were space travel codenames in the USA and the former USSR respectively – and in 1975, the world was in the throes of the Cold War. The two superpowers were opposed in every way, not least in a frenetic space race. How could the two self-declared enemies establish an alliance at the heart of one of their arenas of conflict? Enter Alexey Leonov.

The cosmonaut was to change the face of the world at 7.20pm on July 17, 1975.At that precise moment, both spaceships were docked in space; only the hatch of Soyuz 19 separated it from Apollo. In opening the hatchway, Alexey Leonov also opened up a new world of peace and cooperation; his first interstellar handshake with Commander Thomas Stafford was an unforgettable moment.

Exclusive micro capsule
At 3 o’clock sits a special, exclusive Skylink feature: a micro capsule containing, for all eternity, a fragment of Kapton foil – the polyamide fabric which protected Apollo on its return to Earth on July 24, 1975 – together with fibres from the Russian Sokol-K spacesuit. Used for the first time on Soyuz 12 in 1973, the same model is still in use today. Louis Moinet’s capsule establishes a physical link connecting the adventure, space itself, the astronomy from which watchmaking
originally derived, and each of the owners of the watches in this unique collection.