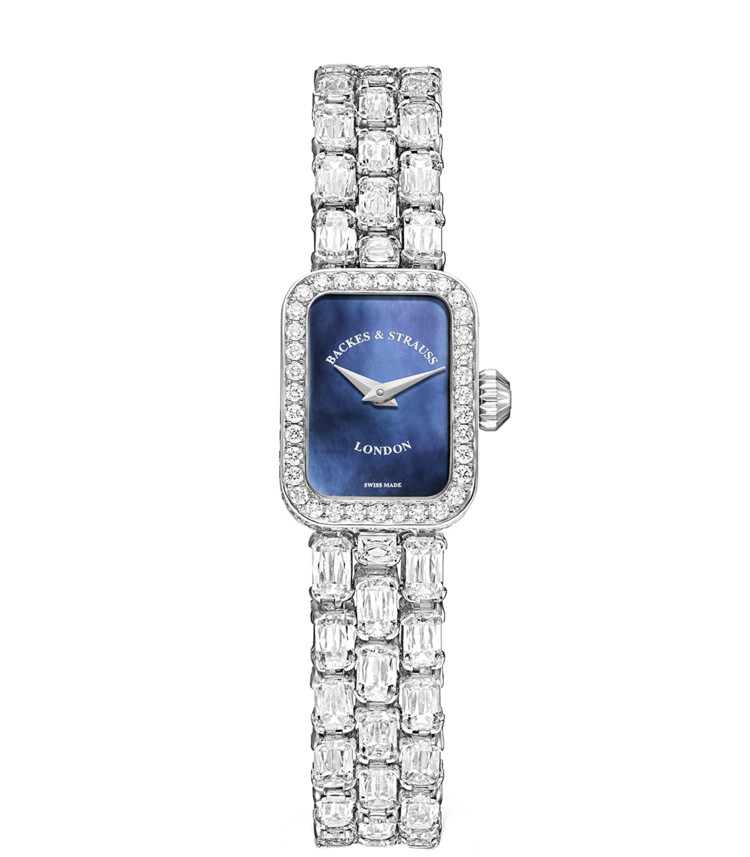 Each luxury diamond watch from the Royal ASHOKA® collection is set with no fewer than 79 ASHOKA® diamonds, 131 Ideal Cut diamonds and two baguette diamonds – housing a total of 212 diamonds. The total weight of diamonds amounting to 24.08 carats.

This jewellery timepiece draws its inspiration from the legendary Ashoka the Great, benevolent ruler of India's Maurya dynasty during the 3rd century BC. From the depths of the Hindu Kush to the jungles of Bengal, Ashoka presided over an impressive empire - but, unlike many of his peers, he ruled with love, respect and compassion for his subjects having decided to turn his back on war and adopt Buddhism as his way of life. He spread the doctrine throughout Asia, establishing monuments in honour of Guatama Buddha.

Centuries on from his death in 232 BC, Ashoka's name was adopted for a 41.3cts, D colour, internally flawless diamond which was pulled from an Indian mine and cut by an unknown craftsman of unrivalled skill. Such is its beauty, it has been credited with the ability to abolish sorrow and eradicate pain. Inspired by the mystical “Ashoka Diamond”, William Goldberg, the legendary Manhattan diamond dealer, gained inspiration from this unique diamond cut and studied every facet of the diamond to create an entirely new, unique and original cut called the ASHOKA® that was so different that it was granted its very own patent. The diamond, with its distinctive cut and 62 facets is so magnificent that it appears 30 percent larger than an emerald cut of the same carat size making it an obvious choice to magnify the bracelet of the Royal Ashoka timepiece.

All round brilliant cut diamonds set on Backes & Strauss watches are Ideal Cut, unless stated otherwise.