Founded in 1882 in Havana, Cuba. Cuervo y Sobrinos was first started as a jewelry store. Havana at the time was known as “The Pearl of the Caribbean” and Cuervo y Sobrinos soon became known as one of the most prestigious stores in the world. So much so that Patek Philippe and Rolex even made Cuervo y Sobrinos co-branded watches for them. Eventually they opened locations in Paris and Pforzheim and their own watchmaking facility in LA Chaux-de-Fonds, Switzerland. Einstein, Churchill, Hemingway, Clark Gable and many other notable clients all counted on Cuervo y Sobrinos for their watches and jewlelry. The watches they designed in the 1940s were so beautiful that they still look fantastic to this day. The history of what happened in Cuba in the late 1950s is well known. Sadly, the family fled the country and the Cuervo y Sobrinos brand was left dormant for 40 years. In 2002, a passionate European collector bought the name and relaunched the brand in Europe. To this day, the current Cuervo y Sobrinos collection reflects the styles designed by the original owners in Havana and feature high quality Swiss movements. They are a Swiss manufacturer with Latin heritage. 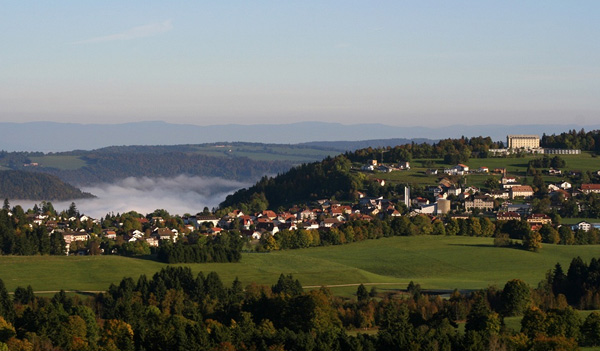 Made in Le Noirmont, Switzerland