Many people are surprised to hear that at one point in time, the best watches in the world were made in the United States! To a large extent, the development of the watch industry in America can be attributed to the advent and subsequent development of American railroads. Prior to the advent of trains as a means of transporting people and goods, there was no real need for precise timekeeping or uniform time. Even after the railroad system in the United States had reached significant proportions following the Civil War, communities continued to maintain their local times. By the end of 1883, the railroad industry had agreed, at least among themselves, to divide the nation into four time zones and had adopted Standard Time and the public soon followed suit. (continued at the bottom of page) 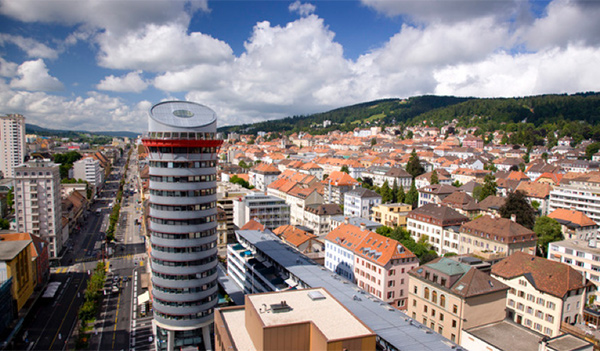 Made in La Chaux-de-Fonds, Switzerland 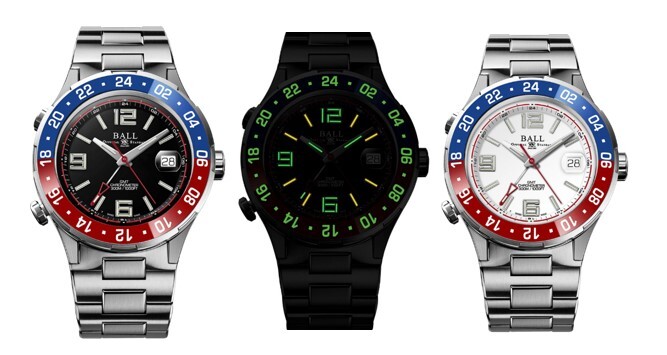 When Standard Time was adopted in 1883, Webster Clay Ball was the first jeweler to use time signals, bringing accurate time to Cleveland.
On April 19, 1891 the Fast Mail train known as No. 4 was coming west on the Lake Shore & Michigan Southern Railroad in Kipton, Ohio. At Elyria, 25 miles from Cleveland, the Engineer and the Conductor of the Accomodation were given orders to let the fast mail train pass them at Kipton. Tragically, the engineers watch had stopped for four minutes and then started again. The Engineer pounded slowly along in the belief that he had time to spare. The trains collided at Kipton, the Fast Mail at full speed and the Accommodation under brakes, because it was nearing the station. The Engineers of both trains were killed as well as 9 clerks.

The Kipton Disaster prompted the Lake Shore officials to enlist Webb C. Ball to investigate Time and Watch conditions throughout the Lake Shore Line and develop an inspection system for their implementation. Webb C. Ball set about immediately and put in place fortnightly checks on the watches worn by all railroad workers. Ball set strict standards, forbidding variations more than 30 seconds among the watches. Amazing accuracy even compared to mechanical watches made today! It is important to recognize and applaud Webb C. Ball for designing the first successful system that was accepted on a broad scale. It was his system that set the standard for railroads; it was his system that helped establish accuracy and uniformity in timekeeping. It was his system that resulted in railroad time and railroad watches being recognized as STANDARD, whenever accuracy in time was required. In general, it became accepted that when the average person asks a railroad man the time, he is assured a correct answer.

To this day, the Ball watch company continues this spirit as all watches must be accurate, durable and easy to read.