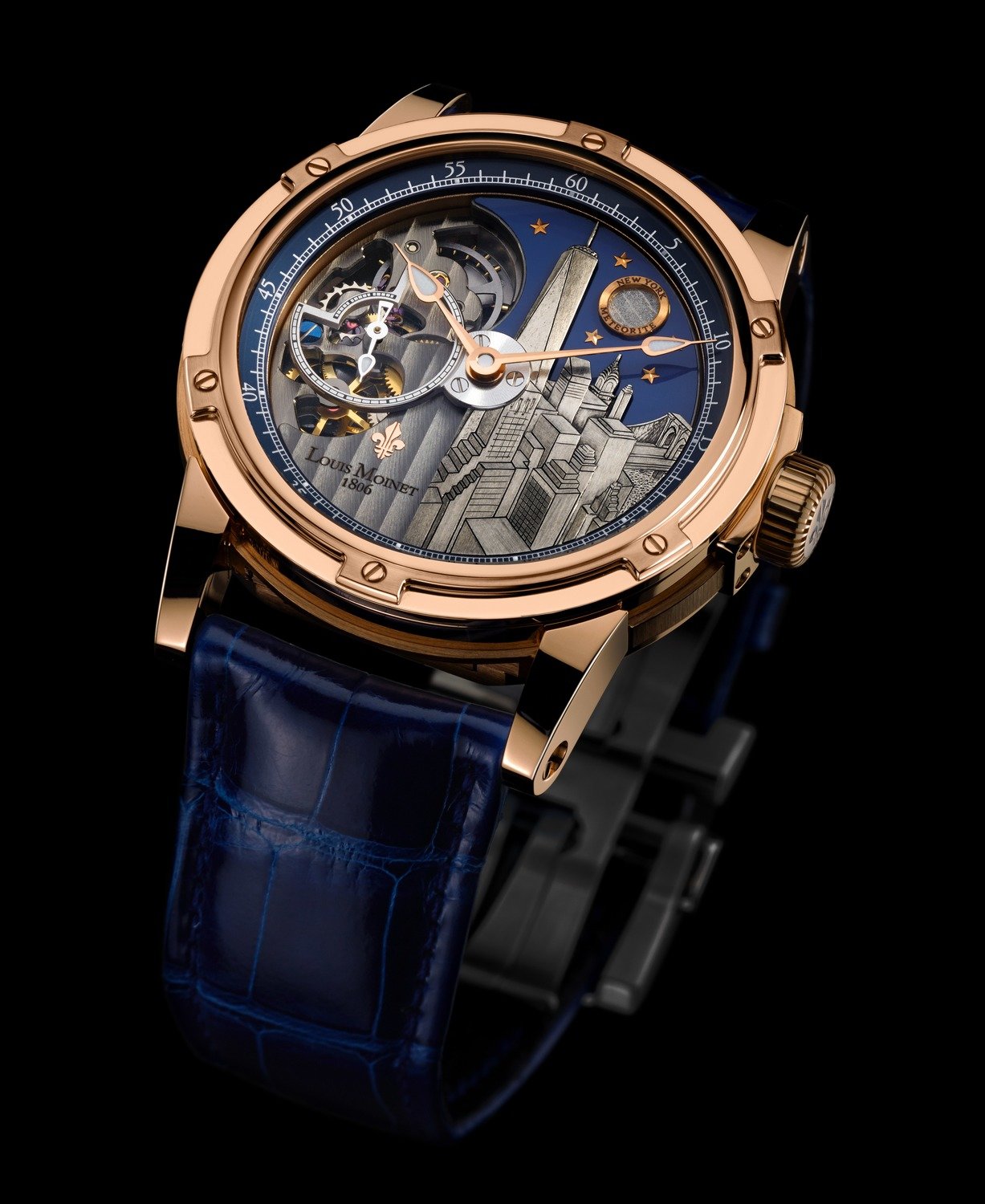 New York is often considered to be “the capital of the world”. It has a significant impact in all fields, whether world trade, the media, the arts, fashion, showbiz, technology, research or education.

It is the biggest city in the United States of America with more than 8 million inhabitants and is also one of the most cosmopolitan metropolises in the world: nearly half of its inhabitants speak a language other than English at home, 150 different languages are spoken there and it receives 50 million visitors a year.

Hand engraving combines line engraving with a special, secret technique to produce clearly pronounced embossing. This is important for recreating the atmosphere of New York, with its distinctive urban landscape. The central element is the One World Trade Center, the country’s biggest skyscraper at 541 metres high, spire included. It was chosen because it symbolises New York’s revival. Other emblematic skyscrapers are easy to recognise like the Chrysler Building and the Empire State Building, which were both the tallest in the world when built in 1930. The famous Brooklyn Bridge, which dates back to 1883 and spans the East River, is also represented.

Hand engraving takes more than twenty hours of work, with attention particularly devoted to the finishing touches: the depth of the satiny lines, the use of light between matt and shine in harmony with the darker patina once inlaid, which gives the whole a metallic look inspired by the city.

This ferrous meteorite was bought in 1965 in the port of New York from the captain of a fishing boat, who we can suppose obtained it from an Inuit. The meteorite is the only one to have been officially given the name New York, as confirmed by the Meteoritical Society.