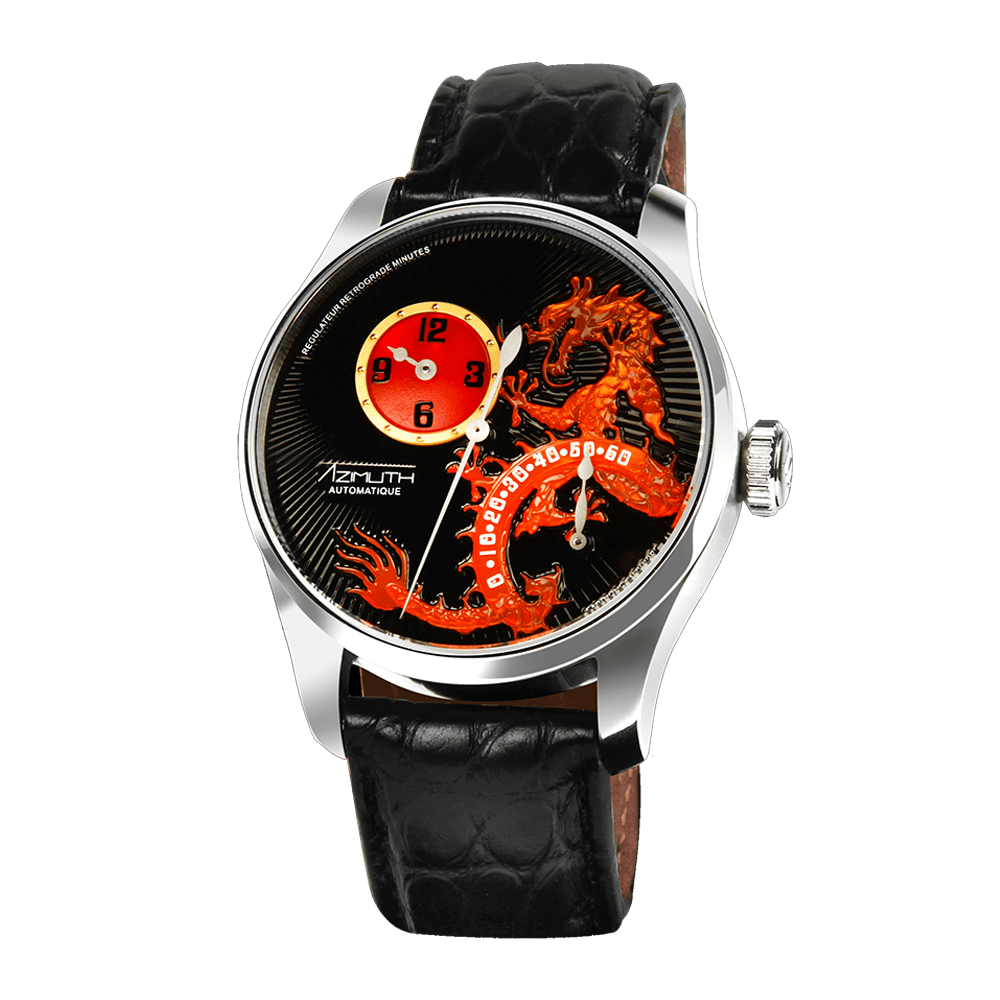 In 2008, Azimuth created the first Round-1 Dragon RRM using a single piece of fragile mother-of-pearl, thick enough to be engraved on, to create the magnificent three-dimensional etching of a majestic dragon. The naturally luminescent mother-of-pearl face set aglow the precision cut detail of each rippling scale on Azimuth’s oriental dragon, while a retrograde timescale that sat atop the dragon’s serpentine body lashed out the minutes with precise mechanization. Only 25 pieces of each color were produced and became a hit with every one of collectors for its realistic dragon depiction and innovative use of the retrograde mechanism.

A watch with a retrograde display shows time in a linear manner, instead of in a circular fashion, which we are used to seeing. The hands in a retrograde display travel along an arc and when they get to the end of the scale, jump back to the beginning and start counting time linearly again. In the Azimuth Round-1 Dragon RRM, the hour hand is set in a small circle at the top left of the dial, while the minutes curve along the body of the dragon and the second hand is the only hand that travels around the whole face of the watch.

Azimuth’s first Round-1 Dragon RRM with the white mother-of-pearl dial represented the water element. In their second production of the Round-1 Dragon RRM, Azimuth presents a reflective brown dial etched with the rays of the sun to symbolise the earth element. A small white mother-of-pearl dial that tells the hours is set atop the brown dial, while the eyes of the dragon are set aglow with a touch of red to bring life to this majestic beast.